Muay Thai, also known as Thai kickboxing is referred to as “The Art of Eight Limbs”; and it uses eight points of contact of the body to mimic weapons of war. The hands becomes the sword and dagger; the shins and forearms hardened in training acts as armor against blows, the elbow to strike opponents like a heavy mace or hammer; and the legs and knees becomes the axe and staff. The body operates as one unit. The knees and elbows constantly searches and tests for an opening while grappling and trying to spin an enemy to the ground for the kill. 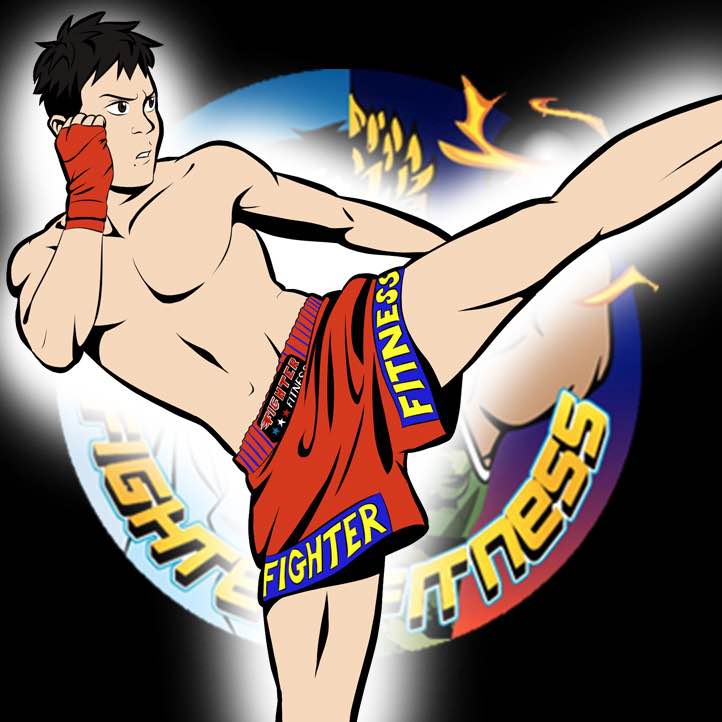 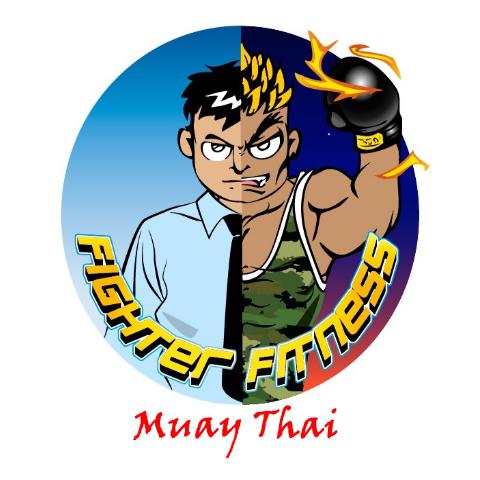 Fighter Fitness in-house Muay Thai Instructor provides Muay Thai training for our students. Join us for an amazing experience while training Muay Thai with Fighter Fitness. Be it beginners (no martial arts background) or experienced fighters, we have training catered for everyone! 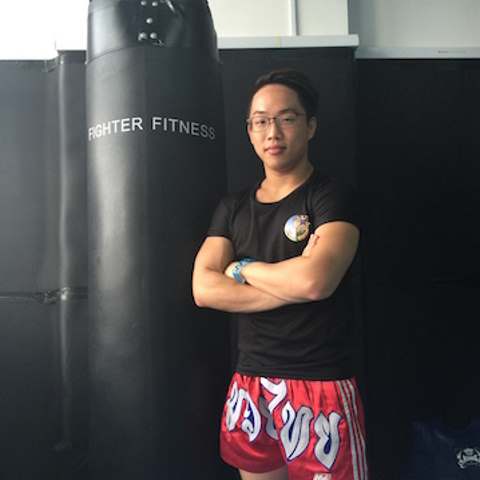 Eugene is no doubt a strong fighter who is in Singapore National Sanshou team and the coach of SP's Sanda. He is the undisputed #1 Sanda fighter in Singapore. With 7 years of coaching experience, Eugene is a certified coach teaching Muay Thai in Fighter Fitness. 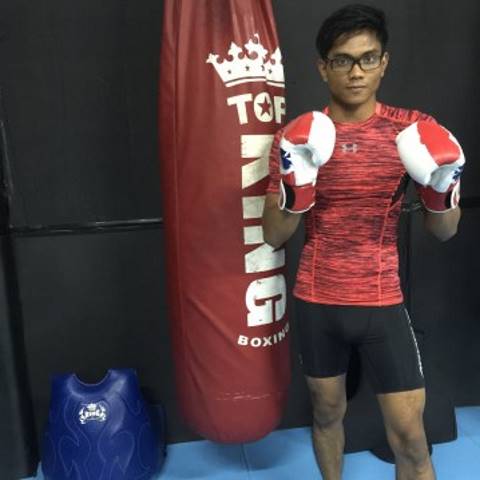 Nashrul has been practicing and competing in Muay Thai for over 5 years. He is also actively competing for Wrestling. Despite being relatively new to coaching, Nashrul makes it easy for beginners to pick up Muay Thai. He is particular about safety and proper form - activating muscles to reap the full benefits of exercising while preventing injuries. 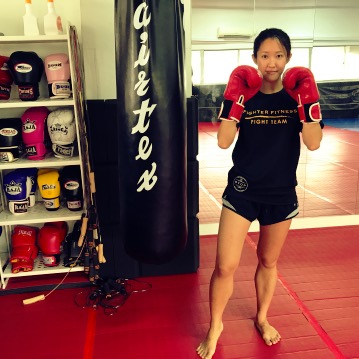 Hazel is an aspiring female fighter who is experienced in both teaching and fighting. Coming out of a family of muay thai fighters, she has trained under a number of the best fighters in Singapore. Hazel incorporates functional training in her workouts. In addition to performing the basic moves of muay Thai accurately, she makes sure that physical performance is improved as well. Friendly and cheerful, Hazel is currently the trainer exclusively for Family Muay Thai. 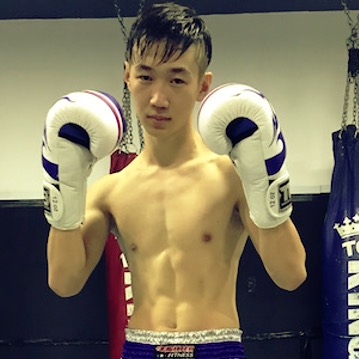 Melvin is Fighter Fitness first homebred Muay Thai fighter. He is humble and communicates well with his students. He was a commissioned armour infantry officer during his national service, giving him the proficiency in executing command and control during his class while keeping it fun and engaging at the same time. 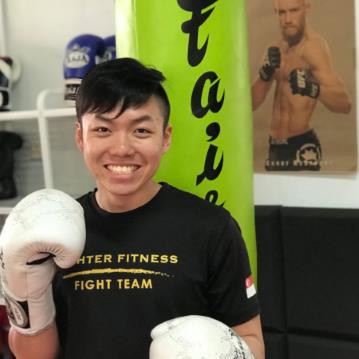 Billy is Fighter Fitness homebred Muay Thai/kickboxing fighter. He is a cheerful and engaging coach and communicates well with his students. 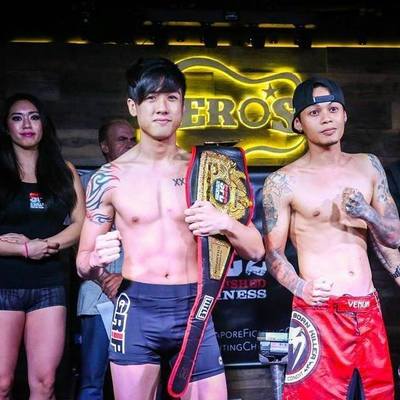 Henry has been studying and training Mixed Martial Arts for almost 8 years. Having started in Wrestling at the age of 15, he went on to further hone his skills in the art of Muay Thai, Sanda, BJJ and Judo alike. Having competed in all four disciplines, he went on to compete in MMA at the age of 18 and has since amassed a 6-0 record and clinched the flyweight title. Henry is still actively competing today. Known for his unorthodox footwork and spinning attacks, expect a high-tempo footwork/agility and a fun technical lesson with him. 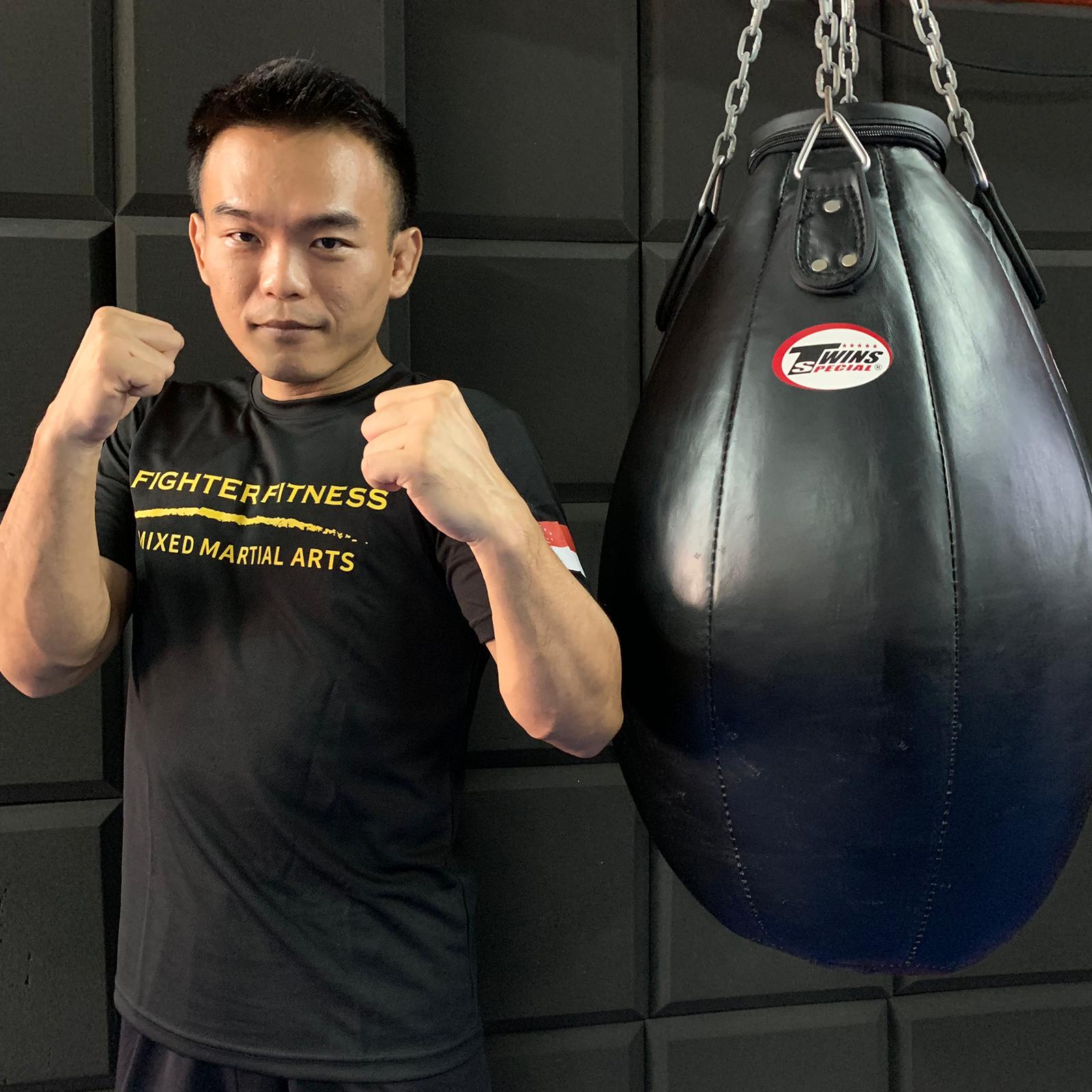 Chris is both a Fitness and muay Thai trainer. With experience in teaching muay Thai at various gyms in Singapore such as Eminent Air Singapore Gym, Strike Combat Muay Thai Gym, and the Jungle Gym, you can be sure that you are in good hands with Chris. Chris also specializes in Functional training and Strength Conditioning. He is a humble guy who is keen to share his knowledge of muay Thai and boxing with his students. He has also been fighting in local amateur muay Thai fights. With wins such as KBX, he can share with you how to be a better fighter with what you have. 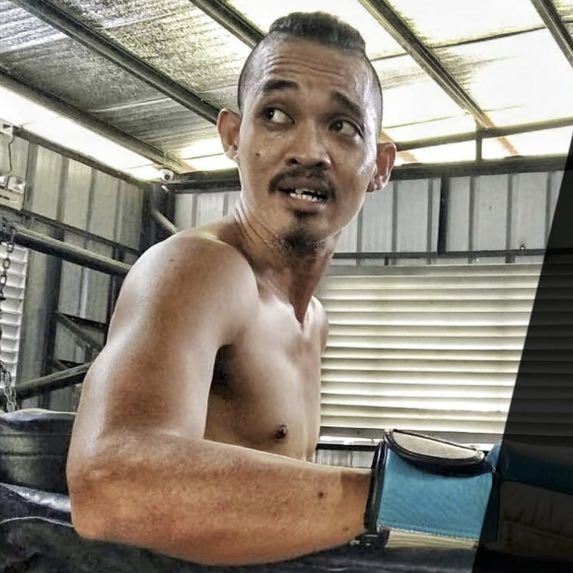 Coach MUS is one of the few famous Muslim muay Thai trainers in Singapore. He is also a 64KG BOXXTOMOI KICKBOXING CHAMPION. He incorporates a hybrid of traditional muay Thai and modern kickboxing in his training. Hence, you can be sure that you will be having a great workout while learning the techniques from him! 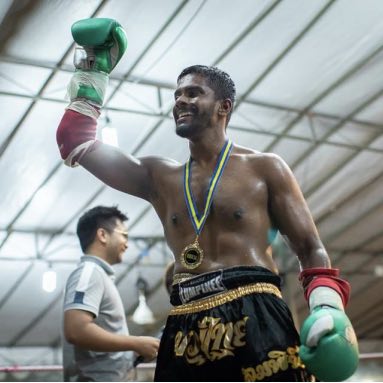 Rahman is a muay Thai/kickboxer who in recent years has become very active in our local amateur scene. Rahman has won medals in various matches such as KBX Muay Thai and Singapore Kickboxing Championship, where he became WAKO 2019 Under 71KG Kickboxing Low Kick Singapore Chamption. His vast experience in fighting will definitely help you learn the Art of Eight Limbs.

Bardon is Singapore's undisputed #1 muay Thai fighter. He is the first Singaporean to win a WBC title and is currently holding the WBC (World Boxing Council) Muay Thia Welterweight Champion of Singapore. He is also one of the best welterweight fighters in the world, currently being ranked no. 17 in WBC Muay Thai (dated 01/07/2019). Being the best muay Thai fighter in Singapore, he will teach you the applications of advanced muay Thai techniques. 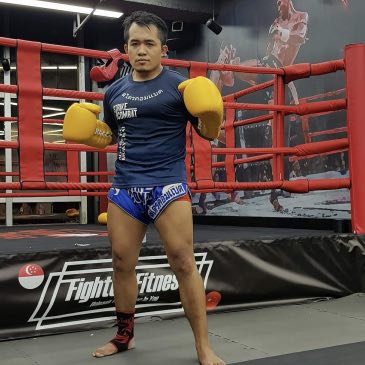 Yusri is one of few experienced Muslim muay Thai trainers in Singapore. He has vast experience coaching in many gyms such as Prime Fight Gym, The Ring, The Jungle MMA, Strike Combat, Bia Muay Thai, and Fighter Fitness China. Yusri makes his classes fun and interesting with his hype personality. 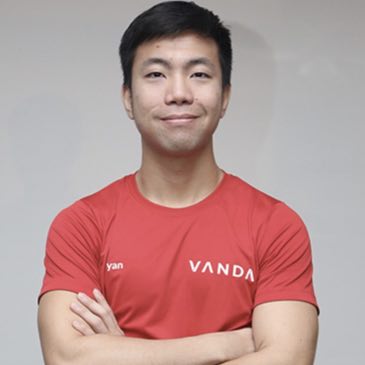 The Head coach of once Vanda Muay Thai, Ryan is one of the most prominent figures in Singapore's muay Thai scene. Ryan has fought numerous times at professional level and has also been the referee for countless muay Thai matches in Singapore. Ryan is definitely one of the few guys in Singapore who has the credentials to show you the ropes of muay Thai.